Cannes   is a city located on the French Riviera. It is a commune located in the Alpes-Maritimes department, and host city of the annual Cannes Film Festival, Midem, and Cannes Lions International Festival of Creativity. The city is known for its association with the rich and famous, its luxury hotels and restaurants, and for several conferences. On 3 November 2011 it hosted the 2011 G20 summit. 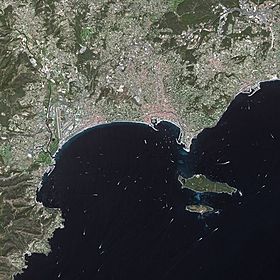